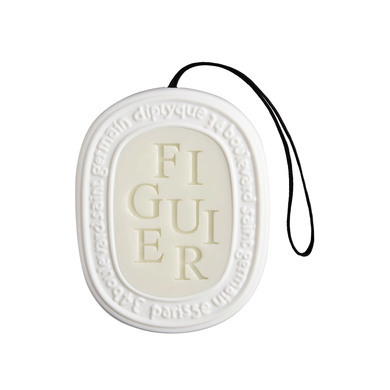 Skip to the beginning of the images gallery
About This Product
Description
Perfume small spaces and banish that stale wardrobe funk with the sublime fragrance of diptyque's scented oval, a hand-dripped hardened scented wax encased in a white porcelain medallion done in a tasteful, luxurious style. Figuier features the warmth of Fig Wood and the freshness of its Leaves. Product code: PFI
How to use?
Hang it in a cupboard or place it in the drawer. The scented oval diffuses its perfume for approximately three months.
About the Brand