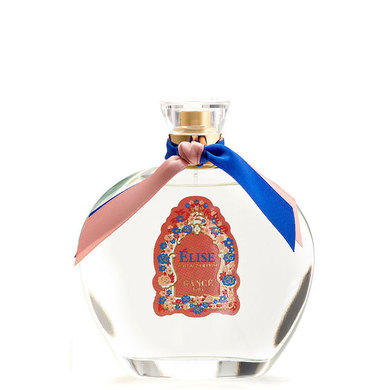 Napoleon's younger sister ??Â???ise dared to defy him by going against his will and marrying the handsome Captain Baciocchi. As the Emperor loved her dearly, however, he soon forgave her, and while she was still very young she was given the title of Grand-duchess of Tuscany.

She lived an intense social life with frequent and long visits to Paris, where her radiant youth made her a star of the Imperial Court. In 1809, Jean Ranc????dedicated her a perfume with her name.

Today, Jeanne Sandra Ranc????proposes the new fragrance ??Â???ise with a contemporary flavour: fresh and young, romantic and sensual. Cheerful and lively like ??Â???ise, characterised by the bracing touch of marine notes and Sicilian Mandarin, and the gentle, voluptuous and intensely feminine Neroli and Rose of Grasse. Bourbon Vanilla and Amber create an atmosphere of seduction, while romantic and passionate Patchouly and Musk add a touch of sensuality.

About the Brand
From the beginning of 1600s, the Rancé family became famous for producing perfumed gloves for the French Aristocracy in Grasse, France. In 1795, François Rancé turned entirely to perfumery, creating extremely refined and modern perfumes that secured him the favour of Napoleon. He became the Emperor’s favourite perfumer and created perfumes such as Le Vainqueur and Triomphe for him. Today, the head of the family firm is held by his granddaughter Jeanne Sandra Rancé with her son, Jean Maurice Alexandre Rancé.
Reviews
no reviews yetBe the first to write the review.
Only registered users can write reviews. Please Sign in or Create an account