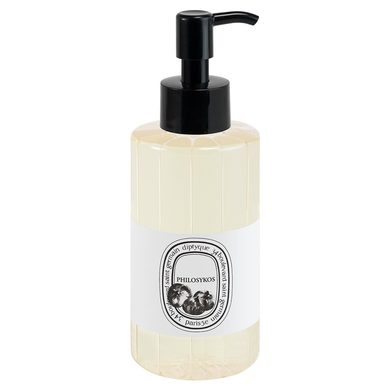 Skip to the beginning of the images gallery
About This Product
Description
The memory of a Greek summer at Mount Pelion. To get to the sea, there was a natural grove of wild fig trees to cross through. The sun at its zenith heated the earth, the dry wind carried the scent of the trees and their fruit. Philosykos is an ode to the entire fig tree: the green freshness of the leaves, the density of the white wood, the milky flavour of the figs.
How to use?
Upon contact with water, this gel becomes an incredibly light and silky cleansing foam. Enriched with shea butter, it both perfumes and softens the skin. The fragrance’s notes reveal themselves with intensity, as if your entire body were immersed in the heart of the perfume. The scent of this gel will fill your entire bathroom, like an invitation on a journey.
About the Brand