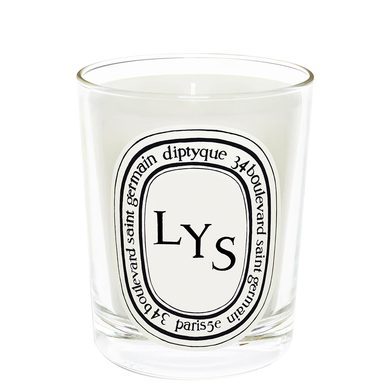 A huge bouquet of fresh cut lilies like a shower of white petals. The lilies have waited till dawn to open their corollas. The green fragrance of the sap and leaves, and the delicate spicy accents of the heady flowers fill the air.

How to use?
Trim the wick to only a couple of milimeters above the wax surface before burning. Avoid placing candle in a windy location to prolong the product lifetime.
About the Brand