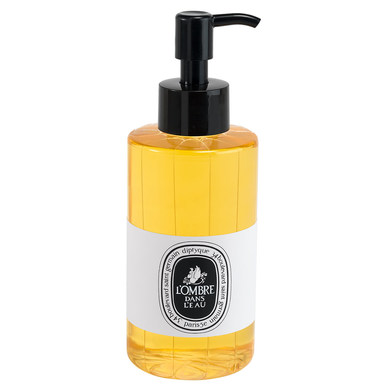 Skip to the beginning of the images gallery
About This Product
Description
L’Ombre dans l’Eau is a romantic painting telling the story of daydreams, a calm river, a summer slumber under a weeping willow... It all began when a friend of the founders noticed the combined scent of roses and blackcurrant berries on her hands. The scent was so surprising that the creators wanted to capture all of its dimensions: the herbaceousness of the blackcurrant leaves, the fruity acidulated accents of their buds and the floral intensity of the rose. It is a nature-filled moment to savour.
How to use?
This perfume oil is a miracle of sensations. It is transparent but transforms into a soft, foamy emulsion upon contact with water. Depending on the fragrance, new scented tones are revealed, alternately accentuating the sensuality and the freshness of the composition. Concentrated in apricot seed oil, it offers well-being and softness. The perfume oil is a true three-in-one product that cleanses, softens and intensely scents all at the same time.
About the Brand