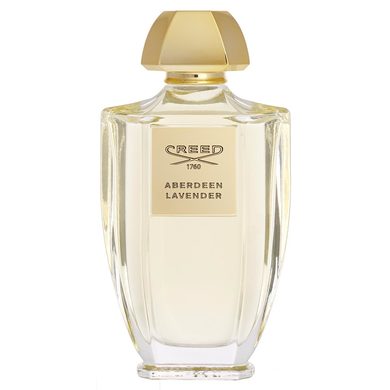 Aberdeen Lavander is a passionate tribute to Creed’s early client and endearing patron, Her Majesty Queen Victoria, whose heart lay always in the Highlands of Scotland. Olivier created this as a historical nod to the Creed archives and the Queen’s beloved, picturesque Northern retreat. Mysterious anise-flavored absinthe, rosemary, bergamot, and Sicilian lemon give way to a confident bouquet of tuberose, lily, rose, and the unique lavender for which Aberdeen is known worldwide.