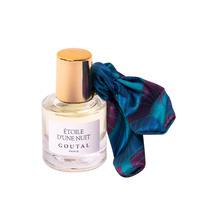 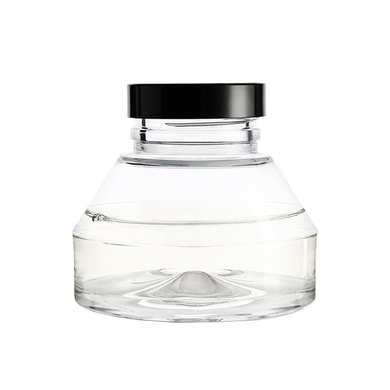 Skip to the beginning of the images gallery
About This Product
Description
A chic alternative to the traditional candle, the diffuser from diptyque reinvents the world of perfumery. Requiring no heat or energy, the fragrance takes 20 minutes to flow through the object in a soothing, hypnotic fashion. The scent, which boasts notes of Blackcurrants, Green Leaves, Citrus Fruits, Roses and Spices, is released immediately, enchanting a room of up to 20 square metres. This refill allows you to extend the unique sensorial experience of this hourglass diffuser.
How to use?
Remove the cap from the refill container. Assemble the two glass sections. The bottle containing the fragrance should be at the lower section of the hourglass diffuser. The empty section equipped with the diffusion system screws onto the refill containing the fragrance. Screw tight. Turn the hourglass over to begin the diffusion cycle. During the cycle, do not disturb the process by turning over the object. We also strongly advise against placing the hourglass directly on surface fragments such as wood, old paintings and marble. Place it on a flat surface to ensure perfect air circulation.
About the Brand